The 'Capture Outside the Lines' Fence Gallery started in the Summer of 2020, when the Cultural Arts Council Douglasville | Douglas County (CAC) was forced to close its doors during the pandemic. The Fence Gallery was created as a way to get art out into the public for everyone to enjoy.

The purpose of public art is not only to enrich the community, but to improve our quality of life through its ability to enrich an environment. It also ignites the imagination, encourages thought and prompts discourse. Public art benefits the community through placemaking, bringing people together and can be used as a tool in economic development. Public art can also strengthen personal connections to one’s community.

The 'Capture Outside the Lines' Fence Gallery is a way to give back to the community by providing something unexpected in their day. With this outdoor exhibition, the public gets to experience the town and its cultural institutions and businesses through a walk through Hunter Park (8830 Gurley Road, Douglasville, GA 30134) and O'Neal Plaza (6700 Church Street, Douglasville, GA 30134). 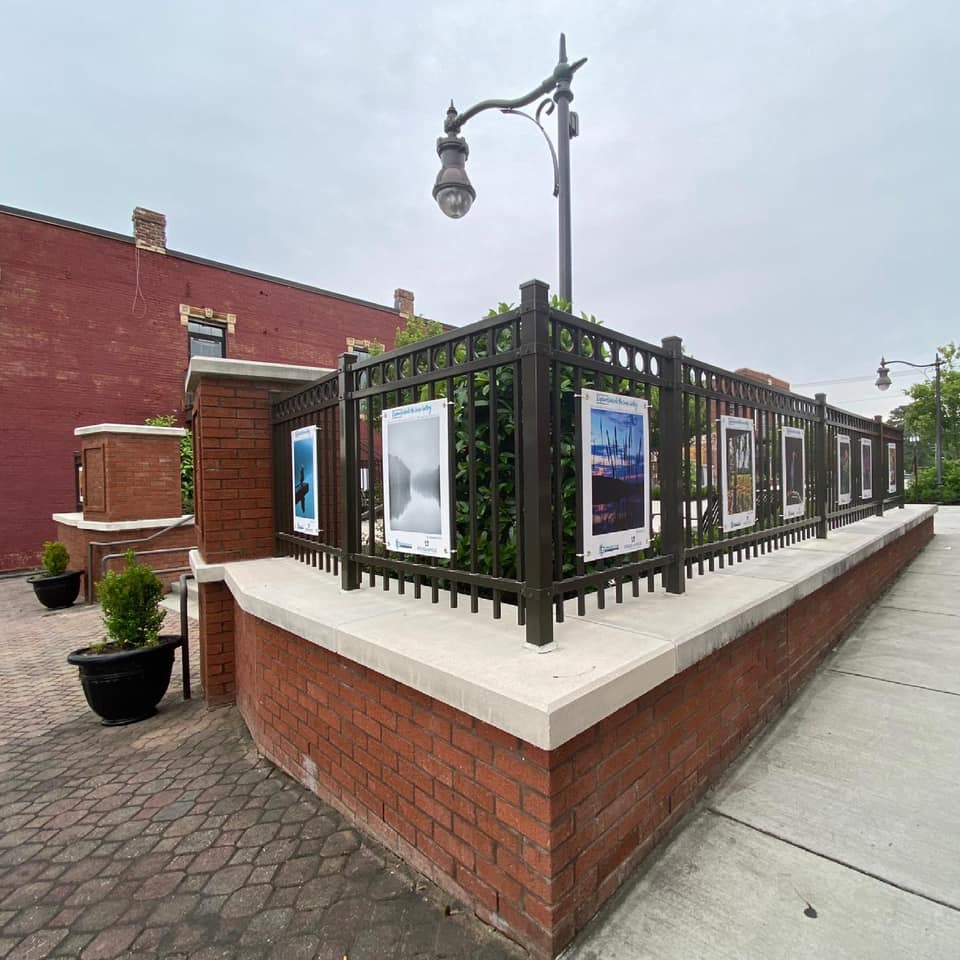 Diane Yancey joined the Sweetwater Camera Club in 2002 and began studying photography, which has become a lifelong journey for her. She has photographed on seven continents, penguins in Antarctica and a cattle muster in the Outback of Australia. She has photos of the Cultural Arts Council Douglasville | Douglas County, Champ's Clock Shop, Dog River, Douglas County Museum of History & Art, Hudson's by the Lake and Sweetwater Creek State Park on display.

Glen Clark is a retired lawyer and photography has been a lifetime hobby. He has a photo of "Jack's Blacksmith Shop" on display from Daniel Mill Road in Douglas County, GA.

Glenn Taylor is an amateur photographer and a member of the Sweetwater Camera Club. He has several photos from Sweetwater Creek State Park on display, as well as others from Chapel Hills.

**Known locations of artist's work is listed beside the respective artist's name.

If you'd like for your submission to be included in the next rotation of the 'Capture Outside the Lines' Fence Gallery, e-mail govoreaur@douglasvillega.gov.